ACT is a tough 45-minute bodyweight-only high intensity (HIT) workout. I designed it to be hard not because I wanted it to be the toughest class in Shanghai, but because of all the physiological effects that I discussed about in my last blog and what needs to be done to reverse metabolic syndrome.

If you recall from the last blog on sugar, one of the main issues we have in society is an over-consumption of foods, with one particular food ingredient that is more egregious than the rest – sugar.

Because having too much sugar will start a vicious cycle in your body that will ultimately lead to fat gain, but more dangerously – insulin resistance.

Insulin resistance is when your body fails to receive insulin which is needed to shuttle the fuel glucose into your cells. When your cells don’t receive the insulin, your pancreas will produce even more insulin until the pancreas wears out or the high levels of insulin eventually causes other diseases like cardiovascular disease, cancer, stroke, kidney failure, blindness, amputation, etc. Hence, the dangers of type 2 diabetes and its prevalence in a society that consumes too much sugars is very real.

It’s a societal problem because sugar is everywhere – it’s almost unavoidable. Ideally, we can fight off the temptations and abstain from eating sweets, but let’s face it, we’re only human. You can only swim upstream for so long. 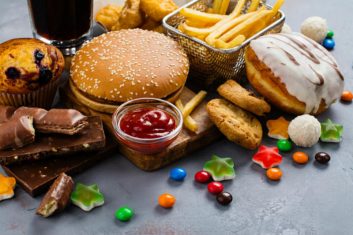 Fortunately, there are ways to combat this toxic environment.

But I digress. ACT, and all classes at Olive Branch are HIT. They are all designed HIT because when the body is backed up with an overload of sugar, with borderline fatty liver and insulin resistance, you need to provide a solution that is equally dramatic. 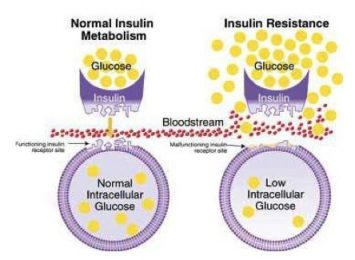 We can actually stop this cycle by delivering a powerful stimulus to the largest organ in the body – the skeletal muscles.

When we work hard, and I mean REALLY HARD, you start producing the hormone adrenaline. You may know that adrenaline is a pain-killer, and makes you feel good when you do exercise. But it also has another critical role.
One molecule of adrenaline, activates a 100 molecules of enzymes, and each one of those enzymes activates another 100 enzymes, all rushing towards your glycogen stores that are already in your muscle cells to cleave them into glucose molecules to be used for fuel. This process of hundreds of thousands of chemical reactions is called amplification cascade and happens in a blink of an eye because this ancient sympathetic nervous system (fight or flight) response has been honed to a razor sharp edge over the eons of human evolution. It is what saved us from being eaten when we were feeding in the African savannas when a lion jumped out.

When the glucose pours out of their stored forms, your muscle cells get a resurgence of insulin sensitivity in a desperate attempt to get more fuel back in and do this hard work that we’ve just simulated.

This hard work is so painful, that it actually feels like you’re fighting for your life. There is excruciating acidic pain in your muscles, and a sense of panic that takes over you. And this temporary intense discomfort is enough to deter most people from doing HIT. Your body actually thinks this stimulus is a threat to your life. And this makes sense from an evolutionary standpoint because if the survivability of you and your tribe depends on your strength and stamina to fight off predators and rival tribes then your body will spend enormous amounts of resources to adapt and to build better versions of itself in order to survive in your ‘dangerous’ environment.

If you are locked in a mortal 1-on-1 combat with a rival tribesman, and it’s either you live or (s)he lives, then you can count on that message will be heard loud and clear by your body to build stronger muscles in the advent that you face the same adversary again. It’s a matter of survival.

Am I being too dramatic? Is ACT overkill? Perhaps.

But let’s dive back into the physiology for a second to see what else is going on in the cellular level.

When you’re pushing yourself to muscular failure, you’re creating tons of by-products from glycolysis (the burning of glucose). Pyruvate is one of these by-products, and as mentioned in my last blog, is the substrate that enters the mitochondria, or the power station of the cell and goes into the aerobic metabolism (Krebs cycle) to produce a lot of energy. Aerobic metabolism (or what is commonly known  as ‘cardio’) is what endurance athletes use as their primary performing energy system.

The thing with aerobic metabolism is that it takes a long time before you get the energy output. It’s slow going which is why you have to take it slow or you will run out of breath. You have to let your mitochondria do its thing and churn out the ATP units (energy).

On the other hand, although the anaerobic metabolism (glycolysis) produces very little ATP with each cycle, it has the ability to cycle through extremely fast producing little spurts of energy but very quickly!

And each time you go through a cycle of glycolysis, you burn up a molecule of glucose and produce 2 molecules of pyruvate that are now waiting in line to get into the mitochondria to start the aerobic metabolism. This backlog of pyruvate is the only way of up-regulating the aerobic metabolism because this is the only substrate that can kick-start it! So when we force-feed it with pyruvate molecules, you’re forcing your mitochondria to become more efficient and thus, improving your aerobic capacity.

Not only that, when you have too many pyruvate molecules floating around, your body converts them to lactate, which then gets shuttled back to your liver to be re-processed back into glucose (Cori cycle). And no, lactate is not the substance that makes your muscles burn during exercise – I wrote about that in my older blog explaining why.

When lactate gets converted back into glucose, it will make its way back to the mitochondria (through glycolysis again) and can finally enter the Krebs cycle, minutes or even hours after your workout has finished, continuing to train your aerobic metabolism to be more efficient. This is the workout that is going on after your workout – which is also known as the afterburn effect!

When you do low intensity exercise (‘cardio exercise’), you don’t get this afterburn effect because you don’t have a huge backlog of lactate because by definition, you are training under your  lactate threshold!

In other words, by doing HIT you are getting a superior anaerobic and aerobic (‘cardio’) workout, It’s a 2-for-1 deal! But if you just do aerobic exercise, you don’t improve your anaerobic metabolism because you’re intensity is too low for it to up-regulate.

Lastly, when you train this hard, your demand for glucose is so high, that you end up burning a lot of glucose molecules, thereby, emptying out your glycogen stores. This is one of the primary goals of HIT, because you want to deplete the body of all sugars. Then your body can finally switch over to fat burning mode.

It’s important to note that as good as high intensity training is for your body and mind, it cannot save you from eating badly all the time. Sure, it helps, but the best way is still to avoid the toxins to begin with.

So there you have it. This is the reason why hard workouts are effective for not only reversing the process of insulin resistance but also the best way to burn body fat.

The next time you come in for an ACT class, try pushing yourself to complete exhaustion – and I mean that not figuratively, but literally. Deplete the body of all sugar and instead of eating the sugars back after the class, stay sugar-free and watch your fat melt away – it will still take a bit of time but may happen faster than you think!