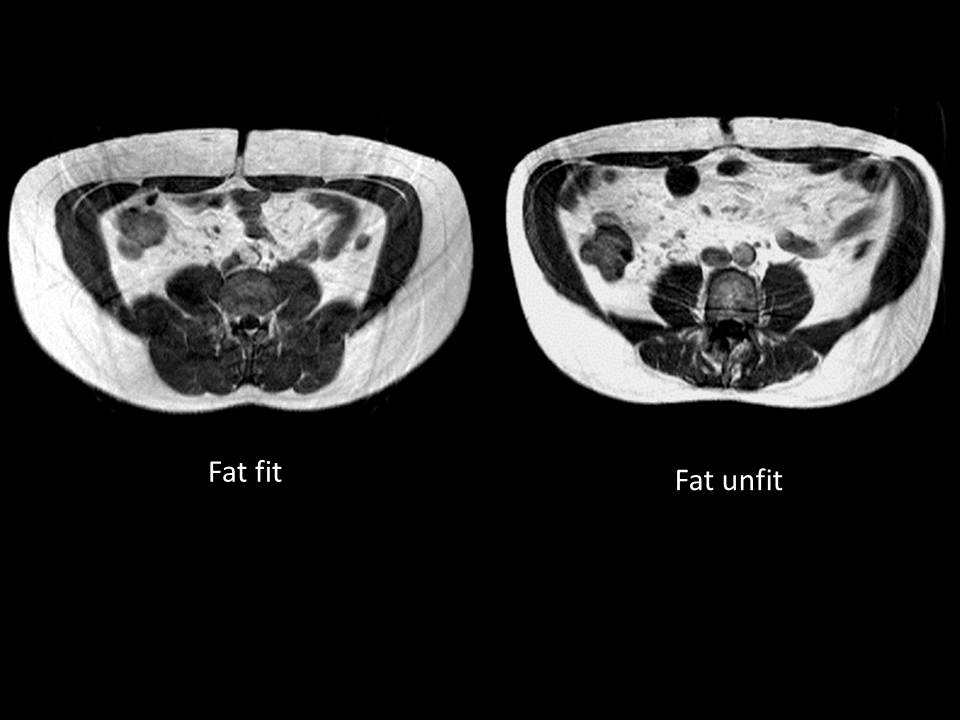 For this post on my new ‘Misconceptions’ blogging thread, is the misconception that if someone is not fat, then they are completely fine and healthy and can eat whatever they want.

This is a particularly dangerous misconception because it is counter-intuitive and misleads a lot of people into living a dangerous lifestyle because their body doesn’t give them any negative feedback.

When many people eat poorly and don’t exercise, they get fatter. It’s apparent when they are in front of the mirror, their clothes get tighter, their belt needs to be loosened a few notches.  But there is a proportion of people whose bodies do not respond this way. I’m sure we all know the type: those annoying people that eat seemingly endless quantities of food that never seem to put on a single pound.

Now some of these skinny types may even start to believe that they have the genetic advantage to eat and drink whatever they want and are immune to any negative effects of diet to their health.  Although it is possible that some people who don’t gain weight from lifestyle habits truly have won the genetic lottery, a far more likely scenario is that they are suffering from what is commonly known as: TOFI “thin-outside-fat-inside”.

To go into the science a bit (I know how you guys love the science), there are two types of body fat that people should be aware of:

Subcutaneous Fat – fat that is located just beneath the surface of the skin, which can be seen on a person.

Visceral Fat – fat that lines the organs inside your body cavity, which cannot be seen by the eye.

Subcutaneous fat is the fat that most people want to get rid of because of its obvious effects on physical appearnace, but visceral fat is actually a far greater threat to your health. In the worst-case scenario, visceral fat can actually kill you.

This is because individuals with high levels of visceral fat are likely to have a form of “metabolic syndrome” Metabolic syndrome is an umbrella term for conditions including: Type 2 diabetes, hypertension, lipid problems, fatty liver disease, cancer, heart disease, dementia, and polycystic ovarian syndrome.

Although it is possible that some people who don’t gain weight from lifestyle habits truly have won the genetic lottery, a far more likely scenario is that they are suffering from what is commonly known as: TOFI “thin-outside-fat-inside”.

Now people with high levels of subcutaneous fat are likely to have a lot of visceral fat too. But for those of us without large, visible bellies, visceral fat can be pretty hard to detect.

The weird implication of this is that although people with more visible fat appear less healthy than skinnier people, they actually have a significant advantage over skinny types when it comes to monitoring their health, because visible fat can be a useful indication that lifestyle changes may be necessary. On the other hand, people with naturally skinny body types may not have to deal with the stigma of obesity, but they may also not notice any warning signs until their metabolisms have deteriorated significantly.

In fact, the only way to measure levels of visceral fat precisely is by doing an MRI or a CT scan, but this is not the most cost-effective option for most of us. But skinny types should not despair;  there are other indicators that you can measure that can give you a general idea of how much visceral fat has built up around your organs.  Tracking your blood pressure, your waist-to-height ratio, and doing an annual physical check-up to monitor your blood lipid levels can all help you work out how healthy you are on the inside.

All of this is to say that just because you’re not fat, doesn’t mean you’re not sick inside.  Being skinny is not a “Get Out Of Jail Free” card.

Everyone needs to exercise and watch what they eat if they want to achieve optimal health.  If you don’t, then you are just gambling and betting your life that you hit the genetic lottery.  Here’s a free tip – the odds are heavily against you.