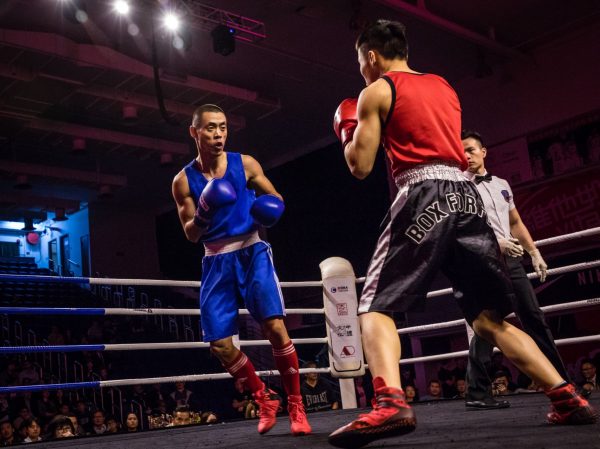 Although Cary doesn’t regularly attend ACT class here in the Shanghai Olive Branch studio, he does train ACT regularly at his home in Hong Kong.

Those of you who have tried ACT, you know how hard it is to just come to class; he does it regularly by himself at home – away from friends and other Olive Branchers’ support.

His story begins back in 2012 when he fought but lost in the white collar boxing event in Hong Kong.  He had also sustained a herniated disc injury during his training that put him out of commission to box for nearly 3 years.

Coming out of a disappointing loss 3 years prior, and at the ripe age of 36 (considered a dinosaur in boxing), he dusted off the cob webs from his boxing gloves and decided to give it another shot but this time competing under the international amateur boxing rules on the Hong Kong Boxing Association.

He took up strength training to reinforce the spine from further injury and began training ACT to further improve strength & conditioning but it would be a mammoth undertaking to rebuild his body and mind back to being fight-ready. 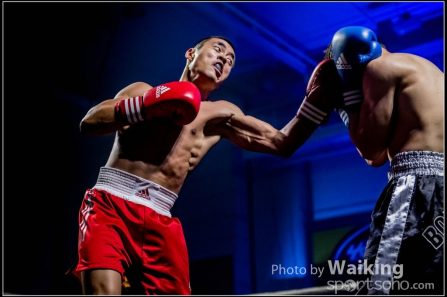 He finished his first season in the lightweight category with a silver medal in the Hong Kong’s 2016 Championship Finals and then a month later won gold for Team Hong Kong at the 3rd Annual International Hong Kong Cup with Singapore, Taiwan, Guangzhou, and Macau competing. 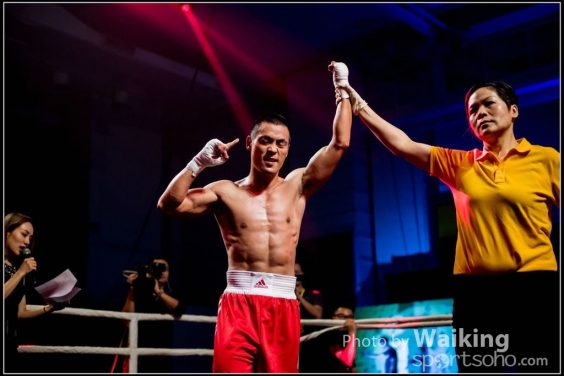 In 2017, Cary again worked hard for that year and reached all the way to the Hong Kong Championship Finals; but a week before the fight, he was infected by the flu and he was out of commission for that last week leading up to his championship fight.  To make things even more challenging, Cary was still overweight and had to cut even more weight to be able to qualify for the 60kg category.  For those of you who have never competed in a weight-class sport, making weight is a highly stressful practice that often requires you to balance on a very fine line between starvation, timing, training and dehydration.  A very risky thing to do while you’re sick!

His opponent, was the same guy who won the championship from him last year, and he’s prepared himself mightily to continue on the rivalry.  He was learning and improving through out the season and was going to be a formidable force in the match.

It was at this time, Cary had to dig deep into his mental toughness training since he was no longer able to train physically.  He practiced positive self-talk in order to dispel the doubts and negative emotions he felt about the upcoming match.  He practiced visualization to continue to hone his strategy and technique.

In the week leading up to the championship bout, he focused on one strategy which was to forsake training in order to get better, rather than to train through the infection.  And even right up to the last hour before the fight, he was hunkered on top of the locker room bench in fetal position trying to get some last minute nap time in.

During his week of recovery leading up to the fight, he made some progress but still fought the championship match at 70%.

The judges scored the fight as follows:

1st round went to Cary for out-boxing his opponent.  His skill and strategy was enough to best his opponent and the judges felt Cary won that.

Round 2 went to the 2016 champion.  Cary’s body was fading fast due to the week of infection and weakness was setting in.  He wasn’t able to maintain intensity and so the judges awarded the 2nd round to his opponent. 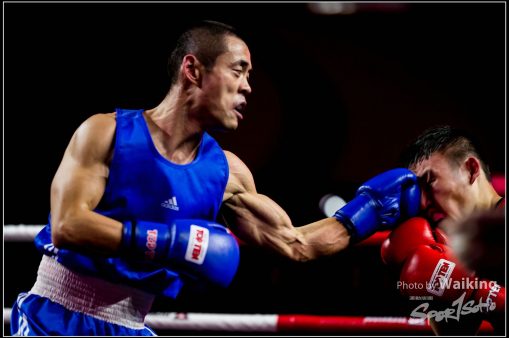 In round 3, Cary went in with nothing left in the tank.  Three minutes later, Cary became the new Hong Kong 60kg champion.  His strategy – heart.  It was all heart in round 3 – just sheer willpower and determination.  He threw everything at him including the kitchen sink.  He would leave nothing behind as he already tasted what runner-up tastes like and he didn’t want that again.

It was another close round, but the judges gave it to Cary because they were swayed by how he fought that last round with so much passion and desire to win.

Even in the most dire situations or what may seem an impossible scenario, there is still hope.  By tapping into your mental toughness, you can tweeze out that tiny bit of hope and stretch it out into something a little bit more.  And then you never know what new opportunities will reveal themselves.  Perhaps, the opponent falters, loses concentration, makes an error to give you the win; or perhaps you have to summon even more strength from some deep, guarded, recess from the bottom of your soul in order to overcome your opponent.

Whatever your special case may be, having mental toughness can give you the edge you need to win in life.

“There is a saying that boxing is 10% physical and 90% mental. For an athlete, building a strong body is a must but only the beginning.”