“There is no illusion greater than fear.”

So this week’s blog topic may not be the most relevant to you, but it was very much relevant to the white collar boxers that were fighting 2 weekends ago.  Even though you may not have experienced a boxing match in your life, if you have any ounce of empathy in you, then you will know how scary it can be to fight in a boxing match.  And although, this piece was specifically tailored for the white collar boxers, it is still very much a part of mental toughness and it can be readily applied to everyday life.

A lot has been done on researching fear.  It is a very powerful emotion and can have a huge influence on your performance.  A bout of fear can do as little damage as a slight blip in your focus to as much as complete performance paralysis.  It can ruin months of training and even retire athletes from their life calling.  Not enough attention has been cast on how to manage fear in sporting competition or even training.

How we manage our fears can determine whether we coast through life status quo, regress into a shell, or rise and become the person we want to be.

Fortunately, there are some mental tools that many studies have proven to enhance our ability to cope and manage our fears.

This one speaks for itself.  Countless studies have been done on meditation and it has proven itself time and time again how powerful it can be when used consistently.  This is such an under-rated practice but let me tell you a story how I used meditation to overcome one of my biggest fears I’ve had in recent times.

In the lead up to the on-site filming of me training the models on the new TV series China’s Next Top Model (which can also be seen here), I had a few lines I had to rehearse.

How we manage our fears can determine whether we coast through life status quo, regress into a shell, or rise and become the person we want to be.

This is not normally a big deal for me as I am quite used to introducing myself, what I do and the fitness movements involved in the class.  The difference this time was that it had to all be done in Chinese and I had to use words and phrases I’ve never heard of.  All this in front of cameras, directors, producers, bratty teenage models and it is to be broadcast nation-wide.

I was seriously stressed out and that stress is almost entirely attributed to fear – the fear of failing, essentially. 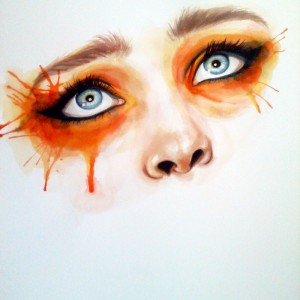 There was a point in the car ride when my fear reached its peak – when my inner dialogue would not shut up and it kept reiterating how ridiculous I’m going to sound, how the models won’t take me seriously, or how disappointed the director and producers were going to be with my speech.  My heart was starting to race, palms getting sweaty, hands were shaking.

I even had the thought of cancelling the whole thing – the fear was THAT crippling.

I also had realised that I was so preoccupied by fear that I wasn’t able to use the time in the car to practice rehearsing my script.  Those precious minutes in the car could have been all that was needed to instil some confidence in me.  But no; I was too distracted by fear to even practice my lines!  Which made matters worse – it was like a vicious cycle!  I wasn’t confident in my lines which made me stressed; I was so stressed I couldn’t practice my lines; and round and round we go!

In the midst of my panic attack was a glimmer of light that shone through the end of the tunnel.  The training I received in all those years of competition and dealing with stress and anxiety was finally surfacing and coming back into my mind.

The first order of business – I had to halt my inner dialogue which was all negative and full of despair.  I took a deep breath and slowly exhaled.  I was trying to decrease my heart rate so I just focused on my breathing and nothing else.  Check – done.  I continued this simple, but not easy task of just focusing on my breathing until my heart rate is somewhat normal and my thoughts are under control again.  And this is mediation.

It’s not some fancy mental mind trick that monks do on the mountain tops, or hippies with tie-dyed shirts do when they’re rebelling.  It’s just simply shutting down your inner dialogue that we all have and concentrate on nothing.  Believe it or not, this is a skill.  It takes practice, but you can get better at doing it.  In fact, it is considered exercise for the mind.  Every time your mind wanders off and you catch yourself, and then bring it back to thinking nothing is a rep within a set.  Each time a thought creeps up, is another rep for your mind. 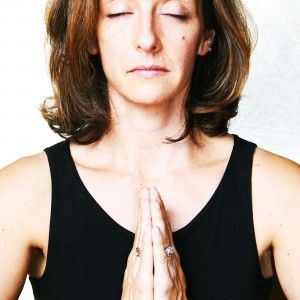 By increasing your ability to control your thoughts and emotions (meditating), you become more aware of your mental space, your attitude, your emotions, and your productivity.  As mentioned in my previous blogs on attitude, emotions and productivity (or performance), this is a goldmine of a tool for self-development.

And isn’t that the reason why you’re reading this blog now – to self-improve?

Sorry for the long blog this time, this topic was longer than anticipated.  You can read the rest of Fear Management in next week’s newsletter along with the rest of my story on how I managed my fears of performing on China’s Next Top Model!

It’s okay to be afraid.  It’s not okay to let the fear stop you.